“What’s in a name? That which we call a rose by any other name would smell as sweet.” 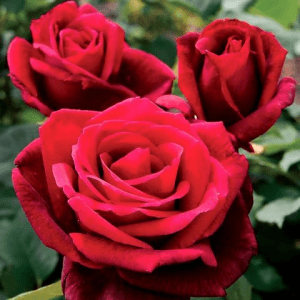 In Shakespeare’s Romeo and Juliet, Juliet muses about the bitter rivalry between her family and Romeo’s family. She implies that the couple’s young love is more important than the feud. It’s one of Shakespeare’s more famous lines, but it brings to mind some thought-provoking questions. Just how important is our name? How does our name shape our identity?

There is good reason many parents spend months pouring over baby name books in anticipation of their baby’s birth. A name can have a profound effect on a child that lasts well into adulthood, according to a growing body of research.

A study led by psychologist David Figlio of Northwestern University in Illinois broke down millions of names from birth certificates into their phonemic components and began finding behavioral patterns. “There is a reason why baby name books are extremely popular,” Figlio said in an interview with LiveScience. “We’re always trying to think about the first bit of a child’s identity and, so if we as a society pay a lot of attention to names, it makes a lot of sense that people’s names might influence how they think about themselves and the way in which people might think about them.”

A British study conducted by bounty.com of 3,000 parents suggests that one in five parents regret the name they chose for a child of a name’s unique spelling. One in 10 parents reported that while they thought the unique name sounded cool at the time of their child’s birth, they said the novelty had worn off.

Why is a name so important? According to the Institute for the Study of Child Development‘s research, hearing or using your own name is a form of “self-representational behavior” that is akin to recognizing your image in a mirror, describing your appearance, or explaining your mental state.

Do you know how you perk up when you hear your name in a crowded, noisy place? Researchers have discovered that the sound of our own name causes specific activation patterns to occur in the medial prefrontal cortex of the brain. This part of the brain is responsible for many of the functions that make you a unique individual – your emotions, for example. Scientists say that we cannot necessarily control this part of the brain, but that our brain reacts in recognizable patterns that reflect our personality.

Using a brain scanner, researchers observed a powerful reaction when study participants heard their own names. In fact, the response was so powerful that researchers could even recognize it in patients who were in a persistent vegetative state (PVS). These patients cannot move or speak, yet their brains responded to the sound of their names.

Why is this research important? It demonstrates the value of learning and using someone’s name. When we hear our own name, it really can be music to our ears.

One easy way to foster the use of names in your business is with name badges. That way, employees can learn and use each other’s names faster. Clients and customers – both prospective and current – also will become accustomed to using your staff’s names if they wear  Name Badges

And if you are expecting a baby, you might want to rethink that very unusual name, such as like Elon Musk’s son’s name, X Æ A-12. You – and your child – are likely to regret it.