It’s one of those moments when you want to just disappear. You run into someone you’ve met, but you can’t remember their name. You may smile and nod and share pleasantries on the outside, but you are panicking on the inside. If only they were wearing a name tag!

How can you recall a person’s face and even where and when you met but not their name? You’re not alone. Forgetting someone’s name is a common occurrence, and the bad news is that it can increase with age. The good news is that you can help train your brain to remember names. Here are five name memory hacks.

Use repetition. Your memory gets a boost when you give it multiple sensory clues. Get into the habit of saying that new acquaintance’s name aloud after introductions. “I’m very glad to meet you, Anna,” is one example. Then use the name a few times in the conversation and then again when you say goodbye. “See you at next month’s meeting, Anna!”

If the person is wearing a name badge, you can boost your memory by looking briefly at the name in print. If you’re attending a virtual meeting, taking a moment to write down the speaker’s name will add another sensory layer. 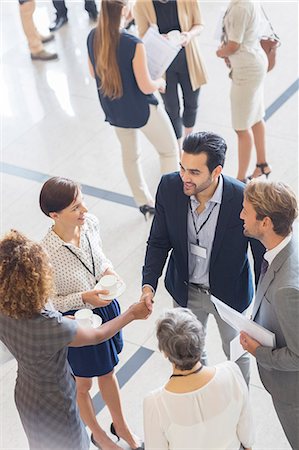 Make connections. Finding a way to connect the person’s name with someone or something else you know is another tip. You could use alliteration like “Ryan runs” if you learn the person is a runner like you. Or another example is Terri from Tacoma if the two of you share a hometown. Creating images that go with the name can also help. Does Sandy have sandy-colored hair? Does Mr. Baldwin have a bald spot? Experts say another hack is to connect the person’s name with someone else with the same name. It could be a celebrity (Hugh – like Hugh Jackman) or a relative (Maureen just like Aunt Maureen).

Pay attention. We live in a very distracting world, and, as a result, we often allow our minds to wander in the midst of a conversation. “A lot of people blame their forgetfulness on their retention,” says Jim Kwik, memory expert and founder of Kwik Learning in an interview with CNBC. “It has nothing to do with their retention. It has to do with them paying attention.”

When you force yourself to stay present in a conversation, you will be able to focus and remember details better. Listen more than you talk and put away your phone while you are having a conversation.

Make the decision to remember. Many memory experts say that we need to put more effort into developing your memory skills. “If you make a conscious decision that you are going to remember names because you care about the people you meet, you will immediately become much better at doing it,” according to Keith Ferrazzi, founder of the research institute Ferrazzi Greenlight, in a Forbes.com interview.

At the end of a networking or social event, take the time to go over the names of people you’ve met. Jot down some notes, including the names and a few details about each person.

When all else fails, ask. If you cannot recall a name, it’s okay to admit it. Say something brief like, “I’m so sorry, but would you please remind me of your name?” Then follow the previous steps so that you don’t forget it again. You could then follow up with, “Of course, Maddie, I remember you led in sales for your team last quarter” to show that you value and remember the person. You just had a brain hiccup on their name.

Dale Carnegie, author of the influential book How to Win Friends and Influence People, wrote, “Remember that a person’s name is to that person the sweetest and most important sound in any language.” So, don’t fall back on the tired old excuse of “I’m just bad with names.” When you listen better and care more, you’ll be able to avoid those awkward “blank” moments we all hate.