When you are ready to launch a new business or a new product, you know you need to put a lot of time and thought into what you call it.

Creating the right name tag can mean the difference between success and failure. Just think, no one was particularly interested in importing the Chinese gooseberry until the New Zealand produce company Turners and Growers renamed it the “kiwifruit” in 1959.

But some product names are such a good match that consumers start using the brand name for the product or service itself. Kleenex is one example. Although it is a registered trademark of Kimberly-Clark Corporation, Kleenex has become synonymous with “tissue.”

Google is another well-known victim of this so-called genericization. The Oxford dictionary added the verb “google,” meaning to search for something on the internet, in 2006. 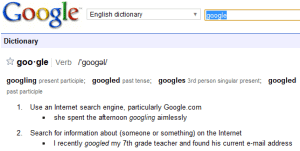 Did you know that many everyday items, including zippers, kerosene, and windbreakers, were once trademarked brand names? The genericization of a brand name is a double-edged sword. On one side, have the satisfaction of knowing your brand is well-known and successful.

However, the downside is that you can experience brand dilution. Brand dilution occurs when the image of your product is weakened through overexposure or overuse. Some companies have lost the legal protection of their trademarked product name badges due to their widespread popularity.

Here is a list of 20 famous names that have become genericized.

This list is just the beginning. We could go on and on. So, what can you do to keep your brand name from becoming “generified?”

In an interview with Vox, creative strategist Rachel Bernard says, “I have a lot of clients that say, “I want to be Kleenex! I want to be Google!” But for every one of those, there are hundreds and hundreds that have actually lost their trademark.

‘”Trampoline” used to be somebody’s trademark, but through that process, they eventually lost it. It’s a cautionary tale that I have to tell lots of clients, but everybody is optimistic and thinks they’re going to be Google and not “trampoline.” It’s very hard to police consumer language.”